Welcome to Game Club, where once a month I discuss a game with the esteemed Joanna Tova Price. This week, we’re talking about Bernband by Tom van den Boogaart. This is the fourth letter in a four-letter series. You can find Part One here, Part Two here, and Part Three here.

I understand your distinction between reaction and interaction, and you are correct that Bernband doesn’t deliver on the theoretical pleasures of voyeurism (I dislike it myself, which may be another difference between us). Of course, the game never promises to— in fact, it doesn’t promise *anything,* which is another way it’s distinct from commercial games, which by definition have to pitch themselves to the consumer. So the question for me is less “why do you desire this?” and more “why did you expect that going in?” I understand why you think it fails when held against this standard; I just don’t understand why this is the standard it has to succeed by. Incidentally—I consider myself pretty educated about video games, but have no idea there existed dedicated “multiplayer voyeurism games,” and indeed am not sure I understand the concept. If everyone is observing, then doesn’t that mean all players are standing around watching each other do nothing?

Is it possible that some games simply require the player to fill in certain parts of themselves, and will succeed or fail as experiences depending on what the player puts in? You put in your voyeurism, and find it lacking. I put in my desire for exploration coupled with my insecurity with cities, and find it comforting. I’d like to quote Alice O’Connor along these same lines:

“I always imagine myself as a bemused alien tourist delighted by everything they encounter. Whether it’s someone weeing in an alley or accidentally ending up inside an aquarium, they’re just happy to be there, waggly hands and tappy feet. I really get into that spirit. Everyone can see you’re a mug but they’re fine with you being there. You’re harmless….I feel very much inside a character in Bernband, filling it with those parts of myself.” 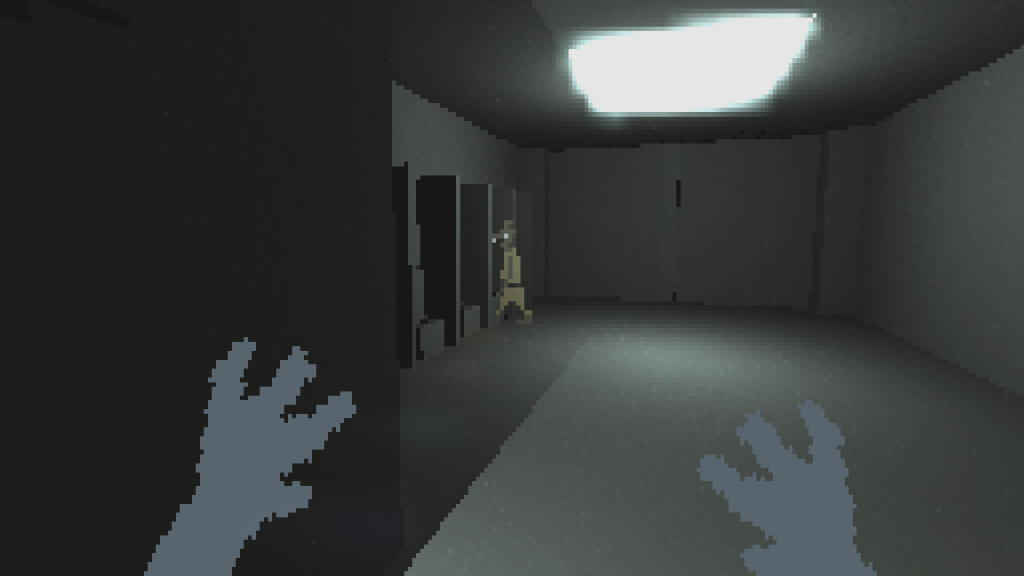 By this I don’t mean to suggest “it’s subjective,” because duh, everything is. But all games ask something of the player. For many of them, it’s a certain gaming literacy, an ability to perform actions with certain speeds, or solve puzzles. For some it’s a great deal of patience, a desire to repeat a process over and over until it’s mastered. But these are all learned skills or adopted attitudes. Games less overtly mechanical my require something more esoteric, a certain outlook, or openness, or history of personal experiences, for us to connect with the work.

One thing that Bernband does well is create the impression of a populated city, and it’s worth noting that this is something that essentially all big-budget games fail at. Pretty much any hundred-million dollar game you can think of that features cities to explore (and most of these are RPGs) have contiguous ‘cities’ that are actually the size of a microscopic town, and are populated with somewhere around 30 people. This is true of Mass Effect, this is true of Skyrim. For reasons of budget, scope, navigation and narrative, they don’t even attempt to simulate the crowds and mass of actual cities. It’s notable that Bernband, a micro-budget game, is actually *more success* on these terms than they are.

The only series that really attempts to model a city and its population at any scale is Grand Theft Auto, and it is true that the citizens in those games “react,” such that the player is very overtly not a ghost. But they only react to violence, to physicality. You can push them, you can kill them, but you can’t communicate with them any more than you can with anyone in Bernband, and to me that not only emphasizes the artifice, but directs the entire game towards a specific form of interaction (killing and destruction). This is fine as far as it goes, but speaking as someone who is not a serial killer, it can’t capture any aspects of actual urban tourism or exploration; it’s pleasures are something distinct. Bernband, for all of its limitations, evokes this more than any game I’ve ever played.