On Beyond Greatness: Why Do We Care So Much About Best-Of Lists?

Way, way back in 2010, game journalists N’Gai Croal and Stephen Totilo came up with a new twist on the tired old “Greatest Games of All Time” list, which they called “Canon Fodder.” They started with GameRanking’s (incomplete) list of the best-reviewed games of all time, which neither of them particularly liked. They then came up with a sort of populist-debate-meets-game-show process for refining the list, as explained by Totilo:

“N’Gai and I then invited game developers to each make one of two moves. They could 1) swap the positions of any two games on the list or 2) remove any game and replace it with a new game in that removed game’s spot.”

The game was held over two rounds, in front of a live gamer audience at PAX East and West, respectively. A developer would go out, replace or swap a game, and leave the audience to cheer or boo until the next dev took the stage. You can read the write-ups at the link above. I think some of the decisions are pretty interesting. But after six months and 25 moves, they went from a list that most people disagreed with to a list that slightly fewer people disagreed with. And even that was only an accomplishment if quality was decided by majority vote.

What, exactly, was the point?

Sometimes it seems like the best-of list is the bread and butter of the gaming community. All the big gaming sites herald their end-of-the-year awards as must-see spectacle, with category nominations and special awards typically drawn out over several weeks. GameFAQs’ most popular community event is their annual summer bracket, pitting various games or game characters against each other in a single-elimination tournament to see who is the most beloved. There are even sites like Unikgamer, whose sole purpose is to synthesize lists of everything from the Top Videogame Soundtrack to the Top PC Engine/TurboGrafx-16 Games. Everywhere gamers meet, the question of relative greatness comes up.

This isn’t without a point. Comparing taste, swapping favorites, and arguing over merit are the simplest and, often, the most personal conversations we can have about video games. This is, in fact, how we talk about all media. And in gaming, as elsewhere, such conversations are rarely about which games are simply our favorite. So often the stakes are raised to the highest possible: what games are objectively the greatest? What should be played by future generations, and what should simply be forgotten?

Debates about the canon have probably been around as long as literature itself. The very fact that we have complete copies of The Iliad and The Odyssey when so much else from the period is lost implies that such competition took place and that Homer’s works came out on top, surviving by virtue of having been so thoroughly entrenched in the culture. In more recent times, the literary canon has become more or less locked down; people still debate which books are the “new classics,” but when it comes to what is taught in school a student will be lucky to find anything newer than the 50-year-old Catch-22. The same thing is starting to happen to film, with Greatest Film lists from the likes of the American and British Film Insitutes heavily favoring older works. It’s easier to be a great innovator when you’re the first through the door.

Gaming is, perhaps, the last great storytelling medium where the canon is still growing, even if it’s not doing so as fast as it used to. For instance, Bioshock is undoubtedly a part of it, despite being a relatively recent game. Maybe that’s why gamers are so eager to share their views on this issue; there’s this sense that we really are deciding something for posterity, and we should speak now or forever hold our peace. But I honestly think that’s too academic an analysis of the situation. Most gamers aren’t thinking about “the canon.” I don’t think they’re all that concerned about what people a couple decades down the road will thinkof our current crop of titles, particularly when foreseeing even ten years into the industry’s future is next to impossible. No, I think the answer is something much simpler. We want to share. 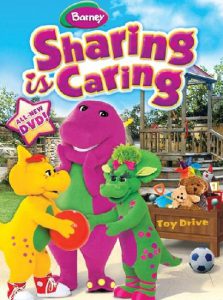 No, seriously. Throughout most of my life, I’ve been a solitary gamer; for whatever reason I didn’t have any (offline) friends who regularly played video games. And while this didn’t make me love playing them any less, it was frustrating every time I experienced something truly great. I’d end up – for lack of a better audience – rambling to my poor parents about this AWESOME THING THAT HAPPENED. There is, I think, a very human need to share joyful experiences, even if they are fictional. There’s a reason that going to the movies is usually a social activity, even though there’s no actual interaction between the attendees.

Again, this isn’t unique to video games. But it’s easy to share films and television, because pretty much everyone watches them; and if you absolutely adore a film that no one in your friend’s group has seen, well, it’s not that hard to get them to watch it. Films don’t take up a lot of time.

With a video game, the bar of entry is much higher. They cost more, they take a lot longer to play, and there’s a good chunk of society who won’t consider playing games at all.  So if we want to share our favorites, we have to advocate that much more for them, whether it’s in ridiculously heated debates on internet forums or in the endless best-of lists.

In the Canon Fodder write-up, Totilo recorded the PAX audience’s reactions. When Super Metroid was knocked off the list in favor of Thief: The Dark Project, the crowd reacted with anger, despite the near-certainty that most of them hadn’t even played Thief. They weren’t making an informed decision about their quality; Super Metroid was a game that many loved, and they wanted to see that love validated and promulgated, to get others to play Super Metroid and recognize its brilliance. In some little way, they thought – probably unconsciously – that having it “recognized” on this list would accomplish that.

Personally, I’ve tried to not put much weight on these lists; as someone with rather unusual taste in games, I’d constantly find myself pulling my hair out wondering how the hell the cast of Gears of War were better characters than Dreamfall‘s Zoe Castillo. Eventually I decided it was better for my sanity to just ignore the awards season. But I love game ranking as much as the next guy; look me up on Unikgamer and you’ll find that I’ve filled out most of the lists on offer. And I agonized over it, trying to decide which games were “the greatest” even as I knew that the term had no real meaning.

Then a funny thing happened. The site renamed it’s “Greatest Video Games” list to “Favorite Video Games.” And all of a sudden, I was free. No more sticking historically important titles in my top ten despite having no personal connecting with them. No more being ashamed of my inexplicable love for Final Fantasy VIII. Just a list of video games that I unabashedly adored, and a quick way to share my gaming tastes with friends.